The shareholders of IRSA, Quiñenco S.A. and Heineken Chile Ltda., signed a Shareholders’ Agreement, which was then registered in the Depósito Central de Valores (“DCV”). The agreement restricts IRSA’s shareholders, Quiñenco and Heineken, from independently acquiring shares of CCU, with the exception of acquiring shares through IRSA. This Shareholders’ Agreement also restricts the shareholders of IRSA from freely selling CCU’s shares, as it imposes preferential rights, among other restrictions.

All shareholders have equal voting rights. It is not practicable for us to determine the number of our ADSs or our common shares beneficially owned in the United States as the depositary for our ADSs only has knowledge of the record holders, including the Depositary Trust Company and its nominees. As a result, we are not able to ascertain the domicile of the final beneficial holders represented by the one ADS record holder in the United States. Likewise, we cannot readily determine the domicile of any of our foreign shareholders who hold our common stock, either directly or indirectly. 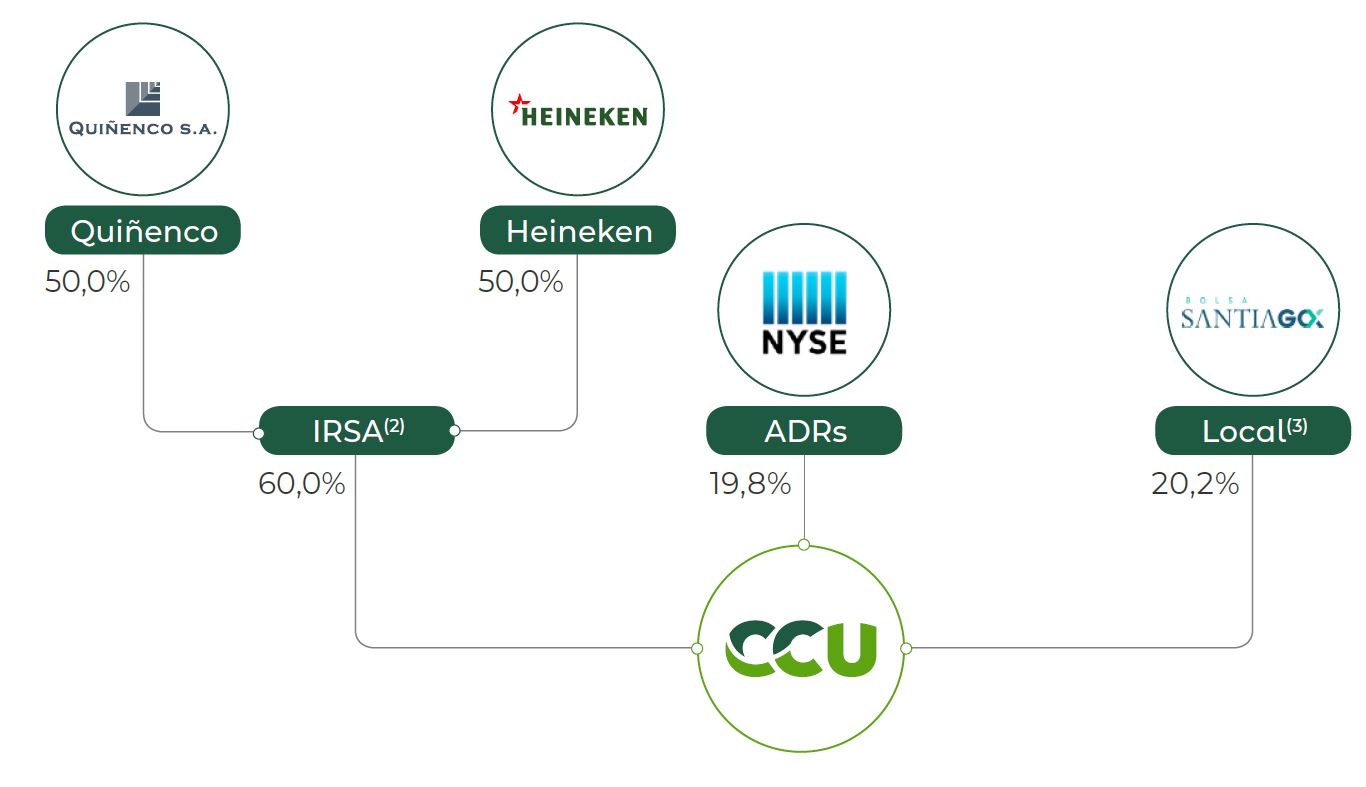